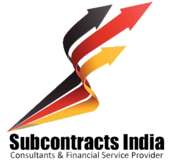 ​​India’s current requirements on defence are catered largely by imports. The opening of the defence sector for private sector participation will help foreign original equipment manufacturers to enter into strategic partnerships with Indian companies and leverage the domestic markets as well as aim at global markets. Besides helping in building domestic capabilities, this will also bolster exports in the long term.
Contractual offset obligations worth approximately USD 4.53 billion in next 5-6 years
The offset policy (which stipulates the mandatory offset requirement of a minimum 30% for procurement of defence equipment in excess of USD 306.69 million) introduced in the capital purchase agreements with foreign defence players. It would also ensure that an eco-system of suppliers is built domestically.
Favorable government policy which promotes self-reliance, indigenisation, technology upgradation and achieving economies of scale including development of capabilities for exports in the defence sector.
The country’s extensive modernisation plans with an increased focus on homeland security and India’s growing attractiveness as a defence sourcing hub.

India has the third largest armed forces in the world
India is one of the largest importers of conventional defence equipment and spends about 31.1% of its total defence budget on capital acquisitions
About 60% of its defence requirements are met through imports.
The allocation for Defence in the Union Budget 2016-17 is approximate USD 34.53 billion.

Defence Production Policy, 2011 has encouraged indigenous manufacturing of defence equipment. Defence Procurement Procedure (DPP) has been amended in 2016 to provide for the following:

Defence products list for industrial licensing, has been articulated in June 2014, wherein large numbers of parts/components, castings/ forgings etc. have been excluded from the purview of industrial licensing.
The defence security manual for the private sector defence manufacturing units has been finalised and put in public domain by the Department of Defence Production. The manual clarifies the security architecture required to be put in place by the industry while undertaking sensitive defence equipment.
The MAKE procedure, which aims to promote research & development in the industry with support from the government and the placement of orders, has been promulgated with provision for 90% funding by Government and preference to MSMEs in certain category of projects.

100% FDI in defence sector: Up to 49% under automatic route; FDI above 49%, through Government route where it is likely to result in access to modern technology.
The defence industry is subject to industrial licenses under the Industries (Development and Regulation) Act, 1951 and manufacturing of small arms ammunition under Arms Act , 1959
The requirement of single largest Indian ownership of 51% of equity removed.
A lock-in period of three years on equity transfer has been done-away with in FDI for defence.
FDI in the defence sector is subject to other security conditions.

The defence procurement is governed by the Defence Procurement Procedure (DPP 2016).
Latest revision of DPP was released in March 2016.

The key objectives of the defence offset policy is to leverage capital acquisitions to develop the domestic defence industry. Mandatory offset requirements of a minimum of 30% for procurement of defence equipment in excess of USD 307.69 million have been envisaged.

Procedures for the Grant of Industrial Licenses have been streamlined:

The initial validity period of industrial licenses has been increased from 3 years to 15 years with a provision to grant extension for a period of 3 years.
Guidelines for the extension of validity of industrial licenses have been issued.
Partial commencement of production is treated as commencement of production of all the items included in the license.

Provision of USD 34.53 billion for defence services in the FY 2016-17 Union Budget.
Capital outlay for Defence in 2016-17 is kept at USD 12.09 billion.
Out of this, USD 10.75 billion has been allocated for Capital Acquisition of the Defence Services.
USD 1.33 billion has been provided under “Other than Capital Acquisition” segment for capital expenditure to Army, Navy, Joint staff and Air Force.
Either of the following two deductions can be availed:
Investment allowance (additional depreciation) at the rate of 15% to manufacturing companies that invest more than USD 15.38 million in plants and machinery acquired and installed between 01.04.2013 to 31.03.2015 provided the aggregate amount of investment in the new plants and machinery during the said period exceeds USD 15.38 million.
In order to provide a further fillip to companies engaged in the manufacture of an article or thing, the said benefit of additional deduction of 15% of the cost of new plants and machinery, exceeding USD 3.84 million, acquired and installed during any previous year until 31.3.2017

R&D Incentives – Industry/private sponsored research programmes.
A weighted tax deduction is given under Section 35 (2AA) of the Income Tax Act.
A weighted deduction of 200% is granted to assess for any sums paid to a national laboratory, university or institute of technology, or specified persons with a specific direction that the said sum would be used for scientific research within a programme approved by the prescribed authority.
For companies engaged in the manufacture of an in-house R&D centre, a weighted tax deduction of 200% under Section 35 (2AB) of the Income Tax Act for both capital and revenue expenditure incurred on scientific research and development. Expenditure on land and buildings are not eligible for deduction.

Incentives for units in Special Economic Zones (SEZs) / National Investment & Manufacturing Zones (NIMZs) as specified in respective Acts or for the setting up of projects in special areas such as the North-east, Jammu & Kashmir, Himachal Pradesh and Uttarakhand.

​​​The Ministry of Defence (MoD) under its Make In India initiative is now encouraging the private sector to manufacture ammunition. Army’s requirements are not being totally met by the OFB and import is not an option anymore. Previously, only state-owned Ordnance Factory Board (OFB) was permitted to produce ammunition and India’s private sector was only allowed to manufacture parts of ammunition such as the shell or fuse. Under the new policy, the MoD is willing to provide long-term commitments and firm orders of multiple types of ammunition to private players, but only at competitive prices.

The Indian private industry so far was denied participation in the manufacture of ammunition, as no industrial license was issued for filling process. Thus the monopoly stayed with OFB, whose lack of capacity restricted the demand of the services, gradually leading to deficiencies over the years. It was not that the industry does not have the capability to manufacture with transfer of technology, but they have not taken any concrete action to acquire technology in this regard till now.

In December, 2016, the MoD floated a request for proposals aimed at private sector companies for the supply of 500,000 rounds of 30 mm high-explosive grenades (VOG-17) for automatic grenade launchers under a 10-year contract. The RFP is part of a new MoD program known as "Manufacture Of Ammunition For Indian Army By Private Indian Industry". Indigenous production of ammunition requires setting up of new manufacturing and testing facilities that are capital intensive. Notwithstanding the licenses issued for the same, the industry did not find it viable to put in investments without assured sourcing by MoD. It is for the first time that MoD is now assuring orders for 10 years with pre-committed quantities to enable industry to invest capital for setting up the required facilities.

In addition to the VOG-17 ammunition, bids also are encouraged for the supply of:

Private industry may develop the capability to indigenously manufacture ammo by forming joint ventures with foreign partners that already have established designs. Most of the ammunition mentioned in the RFI are of East European origin, and the companies may have edge. However, the upgrade variants could be provided by European and Israeli original equipment manufacturers.

Several overseas defense companies — such as Expal of Spain, Nexter of France, Rosoboronexport of Russia, Chemring Group of the United Kingdom, Saab of Sweden, Elbit of Israel, Rheinmetall Defence of Germany, Diehl Defence of Germany, Denel of South Africa, Yugoimport of Serbia, Bumar of Poland, Orbital ATK Armament Systems of the United States and Arsenal of Bulgaria — are negotiating with private Indian companies to provide cutting-edge technology for multiple Indian ammunition programs.

Currently, the annual ammunition market size in India exceeds $1 billion, which is largely due to imports and OFB. With the past demonstrated OFB production capability, there is scope of additional annual capacity of approximately $250 million in private sector.

Ammunition was one of the shortlisted categories for the identification of Strategic Partners. A minimum 10-years order book should help in the creation of a viable business plan, and the necessary investments could be forthcoming.

Please note, we have been mandated by a East European company from the shell manufacturing sector who already has been a supplier to the defence industry. This party is keen to be in a joint venture partnership if a suitable Indian party can be found who can invest at least US$ 10 million (Approx. INR 65 crores) initially under the Indian Government's "Make In India" initiative. The buyback arrangements can negotiated with the authorities converned.